“The best vacation I’ve ever been on was when we we went down the coast of Italy, then to Athens—which is a pit, but the Parthenon is mind-blowing….”

I have the feeling that, as is the case with most travelers on cruises that are making multiple destinations, not a lot of time was spent in Athens. That’s a real shame because Athens is vast and diverse, in every capacity. It is not without its challenges of course…and they are ample, but the point is that for most of the world Athens is the Parthenon, as Egypt is her Pyramids, and France is her metal phallus, etc…etc... In fact when I googled "Egypt" and "France," the image search results yielded the pictures I have below. 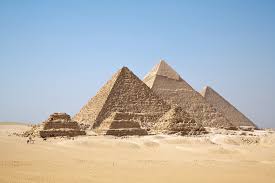 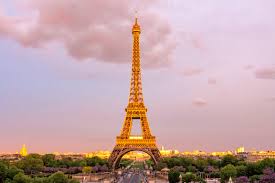 That said, when I searched "Greece," 95% of the image results were the islands, so there is the argument that beyond the parthenon, Greece is known just for the islands...with no distinguishing between the dodecanese, the Ionian, the Cycladic, etc.... Most people are (through no fault of their own) unaware that Greece also has the 11th longest coastline in the world. There are mountains and regions of indescribable beauty like Meteora, which appears to be not of this world. But given that most people fly into Greece from Athens, it's the appropriate place to start.

I had always wanted to ride in Greece…all the long car trips we’d take when we were on vacation here…I imagined what it would be like going up these mountain roads by bike…what the descents would be like...what it would be like to ride through these tiny villages that have been preserved and unfazed by the insanity that has become the modern world. On the other hand, driving around Athens (or any city in Greece) is fucking stressful and maniacal. The idea of riding my bike around there exhilarated me but I can also admit it scared me and intimidated me. But one day I saw a man riding an old clunker bike. He was on a major road….no helmet, no lights..just pedaling. That immediately quelled any concerns about my own ability to handle it.

As it turns out, the biggest concern when it comes to riding around Athens is motorcycles. Take every fucking thing you’ve ever heard motorists say about cyclists…and it will accurately describe Athenian motorcyclists. When they buzz you at 130 km an hour…it’s infuriating that someone as exposed as a motorcyclist would do that to someone even less exposed. You will also grow nerves of steel.

You’re going to need those when you’re exploding down Vasileos Kostantinou Avenue and you’ve got the ancient stadium to the left, and you’ll need them still a little further down when you’re navigating cars, motorcycles and trolley lines where the road becomes Ardittou, and you see the Parthenon up on the hill, and the top of the columns from the Temple of Olympian Zeus.

Today’s Athens is built literally on top of ancient Athens, and this is prevalent throughout the city and her neighborhoods. This means that there are hidden gems all over. In front of the Athens Hilton, next to the famous Dromeas sculpture of the running figure made by layered pieces of glass, is a two thousand year old olive tree. That’s old, but for perspective, there are olive trees in Crete that are 3 thousand years old! Whether or not you are religious, certainly the appreciation for some of these old byzantine churches that are built below street level add to the character and richness of the culture here. And in the area of Monastiraki and Psiri, some of the oldest buildings have been converted into the trendiest of bars, combining the old aesthetic with the luxuries of today’s technology in lighting and architecture.

Exploring is, in my opinion, best left to the indiviudal. And Athens is a city that needs to be explored, both by bike and by foot for the many places the bike won't do. But there’s also the mountains…and some destinations that are so easy to get to that they are absolute musts when it comes to cycling around here.

As far as destinations go, and as not to dissuade any readers that aren’t prone to climbing, we’ll start with the relatively flat ride along the Athens Riviera out to Sounio, where the temple of Poseidon is.

It’s a cool 40 miles each way…with only one tough climb which according to Strava is a 16.2% grade, but I don’t remember anything that hard….maybe because it’s only about 130 meters long. The rest of the climbs don’t go above a 6% grade, and any climb you come to is bringing you casually higher up above the Aegean. There is one climb that curves around a little seaside village nestled between in a little cove so you actually have a descent down one side and a climb up the other.

There are sections of this road that remind me of Route One, in Northern California. The juxtaposition of sea and mountains, as well as the vegetation are almost identical.

If you do this ride, it might be worth bringing a bathing suit. You will you come across a number of beaches, as well as a bunch of spots from which you can comfortably walk down to where the water is and have a secluded beach of your own. At those beaches, you probably won't need the bathing suit.

Each town you ride through is going to have a few different options for food. If you’re out there hammering away going for KOMs and QOMs and you want to grab some fuel, just about every village in Greece will have a bakery with spanakopita (spinach pie). Hopefully, they’ll also have it with feta cheese for a light, powerful and nutritious snack.

If you’re making this an all day or 3/4 day trip, you’ll pass a number of fresh fish taverns and various other restaurants with more options in places like Vouliagmeni and Varkiza, or further along in Anavyssos.

You will ultimately see the temple off in the distance to your right. It will disappear behind some turns and reappear again, larger and with more detail in the columns coming into view. You’ll have one final climb up and to the right before taking the right hand turn about a mile up to where the parking lot for the temple is.

You won’t be able to bring your bikes past the gates for the temple (this is the case for all archeological/historical sites), so if you’re in a group, split the duty of bike-watch and temple walk. The temple itself is remarkable…built in 444 BC and still standing magnificently on the cape of Sounion. Legend has it this is where King Aegeus threw himself off the cliffs when he mistakenly assumed his son Theseus had been killed by the minotaur in Crete.

King Aegeus throws himself off the cliffs at Sounion

In ancient times, fisherman and sailors came to this temple to appease the god of the sea, Poseidon. This was so he would keep the seas calm on their voyages.

While the columns of the temple are still very much in tact, the remnants of the temple’s statues and other sculptures are on display at the National Archaeological Museum of Athens, as well as at the Mineralogical Museum in Lavrio, which is about another ten miles down the road.

If you time it right (and this is gonna depend on what month you’re doing this in), you can catch a remarkable sunset in Sounio. And on the other end of the celestial spectrum, you can catch an unbelievable moonrise. 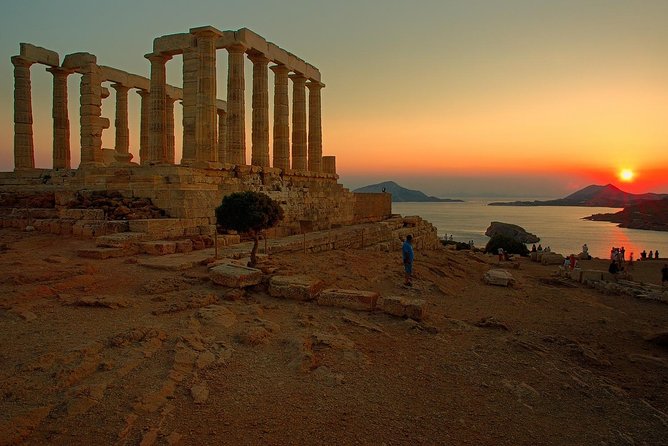 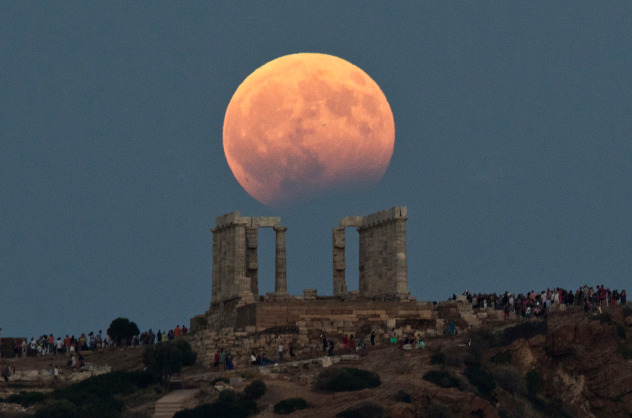 Regardless of the time you choose to do the ride though, it's a must do for Athens. It's relatively easy, safe, and will give anyone a small glimpse of what Athens has to offer beyond museums and the congested center of the city.

Below I made a short compilation video of the coastal ride. The music is by artist Stelios Vassiloudis.

This Is America: Riding Coast to Coast, USA 2019

BIKE TO THE BEACH, Washington DC